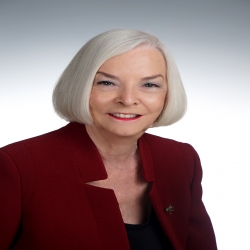 Donna is among the top producing Realtors with the Space Coast Association of Realtors (Based on Production) and has a varied career with a real estate license in Maryland, a brokerâ€™s license in New Mexico and now a full time Florida Realtor with over 30 years combined experience. Donna has a Bachelor of Science degree from the University of Washington in Seattle. I am dedicated to the real estate industry and love my profession! Year 2000: Recipient of the Jim Jackson Memorial Award from ERA Franchise for Being #1 in Customer Satisfaction out of 27,000 ERA Agents Worldwide Year 2001: Top Three Sales Agents for ERA Franchise in Customer Satisfaction Worldwide. Year 2002: #3 in Listing and Sales Volume for ERA Franchise Worldwide Year 2005: Top Five Agents for Customer Satisfaction Year 2006-2007: Company change from ERA Franchise to Prudential Franchise and Donna was elected to the Chairmanâ€™s Circle for her sales volume and performance Year 2008-2013: Elected to Prudentialâ€™s Presidentâ€™s Circle