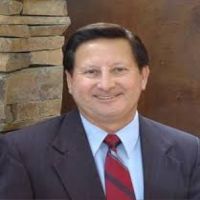 Bonnie's pledge to you is to bring you visions & goals which exemplify being "Distinctive" in providing excellence in Real Estate Services. Bonnie feels it is not just his job to provide you with good service, it is his privilege". When people first hear that Bonnie is a man, their reaction is predictable: "did your parents want a girl, or did they not like you?" Because this is such an often repeated question, Bonnie's response has become very candid and natural: "Quite the contrary" he replies. "They wanted me to face life undaunted by any adversity. And they have certainly accomplished their goal!" He chose to accept their challenge at an early age and has spent a lifetime vigorously testing the limits life has to offer. Recognizing and conquering each obstacle in his path, Bonnie painstakingly defined his own identity. In his earlier years while in the Marine Corps he developed "team effort" awareness and cultivated expert leadership abilities. Vigorous parachute jumping, scuba diving and essential self-defense training brought seasoning and depth. He discovered that it was his own beliefs, which were the most important of all and that, gave him personal self-confidence. With maturity, he acquired the awareness that self-esteem ultimately comes from within and feeling proud of who he is and what he is called - Bonnie !